So, what happened with the raspberries??

UPDATE: the fruit test results are back – all ok – read about them here.

…an apology, by way of explanation… 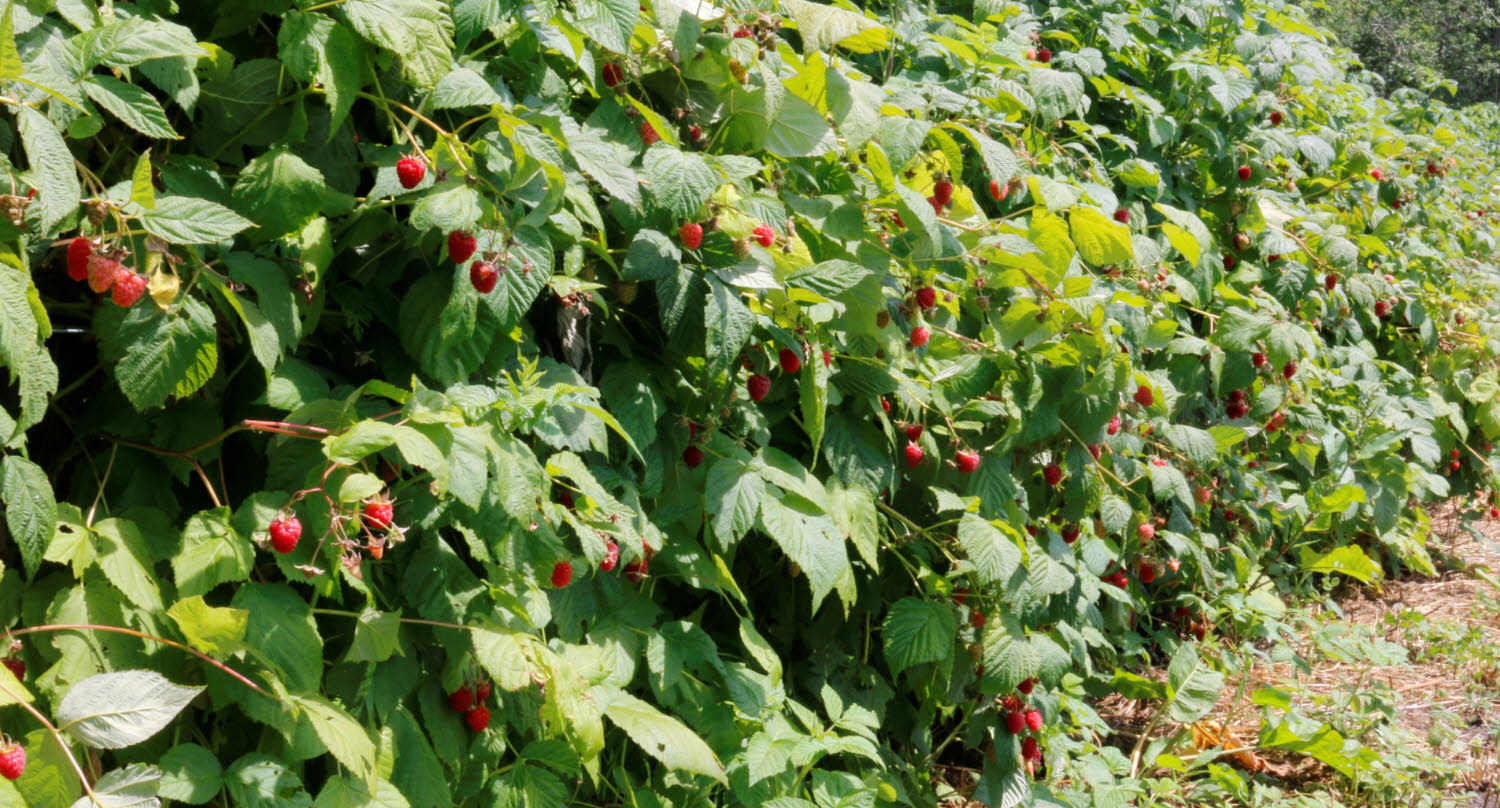 “This is not how you run a successful business”

“Possibly not. But it’s how I run an ethical business.”

That was a brief email exchange between a disgruntled (understandably enough) customer and myself, after I cancelled all my pre-Christmas orders out of the blue.

The responses to my unexplained action varied from disappointment through to congratulations, which I assume meant that the latter people had come to the conclusion that I’d landed some kind of major supply agreement. No such luck.

What actually happened was that we received results of soil tests, which showed significant levels of “old” pesticides such as DDT. I totally freaked out.

How significant? Exactly. I didn’t know. But I did know that I had dozens of people who were planning to tuck into my raspberries over the next week, including many kids whose parents and grandparents had shared their excitement and appreciation around the fruit, and some of whose faces I’d seen in Facebook posts about our ‘yummy’ and ‘delicious’ raspberries. I knew it would be a terrible business decision, financially and in terms of reputation, to cancel at such a time of high expectations – especially since filling that week’s orders would’ve got me out of the red for the first time in the season – and I could think of half a dozen ways to justify just pushing ahead with the orders. But I also knew that I now wouldn’t be comfortable feeding the fruit to my own children, without learning more about what the test results actually meant. So I wasn’t comfortable peddling the fruit to other people’s children either.

So I cancelled all the orders. I emailed everyone, and sent texts to the people I’d just been texting to arrange delivery for, explaining only that ‘something big had come up’. It was a horrible position to be in – feeling like I’d let everyone down and not wanting to say why because I still didn’t understand the implications myself, or whether there were actually any implications.

And then I went and sat down, and cried. The stress, the sense of disappointment, the sense of having let so many people down. And the 18 hour days I’d been putting in. And all that hard work over the last couple of years… my ‘organically grown’, ‘spray free’ raspberries, which I’d gone so far as to mow by hand to keep the tractor out of them to reduce soil compaction and exhaust uptake, were growing in DDT contaminated soil. The sins of the grandfather were visited upon the grandson.

After I’d wallowed in the disappointment and heartbreak for a while, I set about finding out what we were actually dealing with. Here’s what I’ve learnt.

In commercial farms these days, sprays are typically applied with quite a degree of precision. Larger operations use computer-controlled application which adjusts the output of the chemical depending on factors such as the tractor changing speed.

In the early days of what was (rather ironically, given the meaning of ‘green’ today) called the “green revolution” (the introduction of synthetic chemicals to agriculture and the resultant increases in productivity), tractors were only introduced as a fairly stationary component in the whole spraying system. Whereas today the tractor tows the sprayer up and down cultivated rows, originally the tractor was just used to power the pump. The spray was pumped into ‘fixed line’ spray lines – permanent installations much like dripper irrigation today, except they were steel pipes. The farmer would connect a hose into one of the outlet fittings in the steel pipes located at regular intervals, open the valve, and start spraying with the hand-held spray boom. Much like watering a garden today with a hose and a hand-held nozzle.

Part of our raspberry patch is in the area where the flushed spray ended up. I didn’t know that until recently, when I commented on the unusual looking nature of a ‘dead zone’ in the patch – amongst otherwise very healthy looking bushes – and was given this information as one possible explanation. So I ordered a soil test with samples taken from there, and gave the area in question a wide berth when picking fruit (not that there was much there to pick anyway).

I asked some questions of ‘the relevant authorities’ and was directed to some reading, which served as a springboard to more reading.

This document – now a number of years old – sets out guidelines for using old orchard areas for producing food. Based on the levels it recommends, our soil could have DDT contamination levels dozens of times higher, and still be deemed safe for use as a child care centre or primary school’s vegetable garden. On the one hand that was good news, on the other, it was rather disturbing.

Similarly, in wading back through some of the history of how ‘Extraneous Residue Limits’ were arrived at, there were some quite disturbing notes. For example, notes from a 1993 meeting of the “Joint Meeting on Pesticide Residues” (a group comprised of experts from the United Nations’ World Health Organisation and the UN’s Food and Agriculture Organisation) state that “As the production of the compound ceases and environmental residues decrease, extraneous residues in food will also decrease. The Meeting therefore recommended that monitoring data should be evaluated again in 1998, with the possibility of lowering the ERLs for DDT.” (p. 156) I may be missing something, but that sounds an awful lot to me like they planned to become more strict about the contaminants in expectation of being able to be more strict because there would be fewer of them around.

Following the white rabbit down the hole, I came across what appears to be the WHO’s most recent standard on the topic, a ‘provisional tolerable daily intake‘ of 0.01 mg / kg bodyweight for DDT. At that rate, I’d be able to eat a filling meal consisting only of my ‘worst case’ soil each day and be within my tolerable daily intake – and I expect the fruit produced by plants grown in the soil will have far lower concentrations (by at least an order of magnitude – for anyone interested, there are some fun calculations to wade through on pages 111-113 of this Canadian document from the Office of the Science Advisor).

I also checked out Food Standards Australia New Zealand’s last Australian Total Diet Study – which is a survey of the Australian diet in respect to how much bad stuff and good stuff we’re eating – and it concluded that DDT consumption is less than 0.2% of the Allowable Dietary Intake. Again, that sounds good, but it had nothing to do with our raspberries – what I needed to find was their Allowable Dietary Intake, or more specifically how that is arrived at.

FSANZ answered my email enquiry (rather quickly, actually – within days), and provided this link which lists the rather more useful residue limit for the produce – the raspberries – itself, rather than for soil. Fruit can have DDT at 1 mg/kg – which again seems rather high to me, but what do I know, really.

Anyway, based on my reading to date, I expect that when we get the fruit tested in the New Year, it will come in way below that limit.

I actually think our children are going to face far more risk in their lives from a changing climate, than from what our ancestors did to the soil (although the two are closely related on some levels…) But that’s just my opinion and most people look at me like I’m nuts if I say that, so I’m putting this information out there to allow people to make of it what they will and assess the risks themselves.

Similarly, the sprays that are now banned were widely used in the past – just as Roundup is used widely today on farms and in schools and other public use areas (despite being listed as a probable human carcinogen). Standards that protect public health are often fairly arbitrary, anyway, and can be affected by cultural and political factors. As an example, Australia allows 9 times more DDT in its water than the WHO recommends (p. 4). Even organic certification bodies can make allowances for residues from historical land use (p.24) and persistent chemicals can be mobile – DDT moves around the planet in dust and pollen borne by wind, and is translocated by animal movement. Sadly it’s a situation we’ve all inherited. It’s typically no-one’s “fault” as such – landowners look after their land as best they know how, working within the constraints they face. It’s just that ‘the best we know how’ has changed over the years, and sometimes between cultures. As the UN JMPR experts stated, “The Meeting estimated the range of ERLs [extraneous residue limits for DDT]… from the available monitoring data as described above. It concluded that selection of an acceptable violation rate and the weight to be given to information provided by individual countries are risk management issues, not scientific ones.” (p. 413)

As far as I can tell, no-one’s really regulating this proactively either. The soil tests I did were voluntary. I cancelled the orders voluntarily. FSANZ and some industry-led initiatives do some sampling, from what I can gather, but no-one’s really making sure no-one is selling fruit that glows in the dark (which is ironic given that at the time these old, persistent chemicals were used, it was government policy to enforce a ‘requirement to spray’ policy, for the good of the industry as a whole). So I figure offering some transparency is probably as good as it gets.

Yes, I’ll still eat my own raspberries, and I’ll still feed them to my own family, and I am very confident that the upcoming produce tests will confirm them as being officially “safe”, since the soil is. Do I wish they weren’t planted where they are? Very much so, and I may even do something about that yet.

And what would I have done if my initial freak-out had been justified – if the results were just too high to live with? In all honesty, I’d probably have bailed out altogether.

Anyway, once again, I’m sorry to have bailed out on the orders, but in the circumstances it was the only thing I felt I could do in good conscience. I hope you have a nice Christmas anyway. 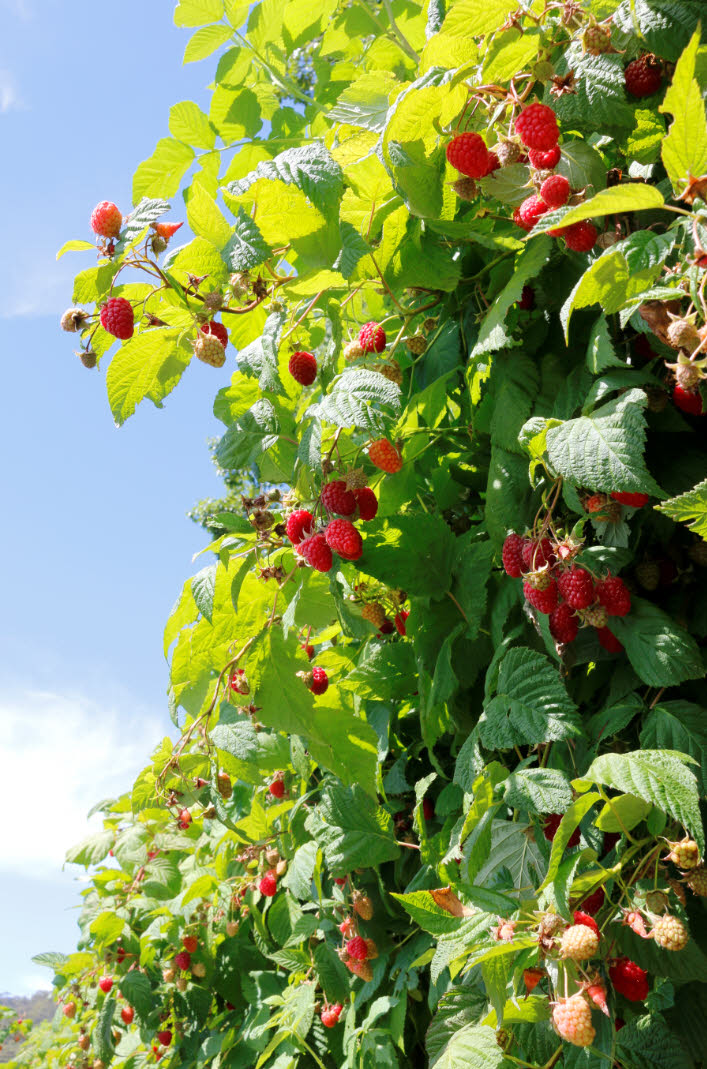